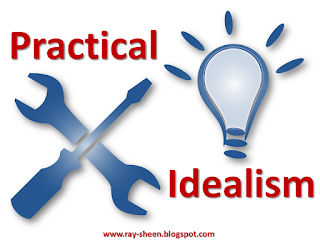 Those two words are normally considered opposites.  I’ve heard for years that “idealists” aren’t “practical.”   “Practical” is grounded in reality.  “Idealism” is wishful thinking that can’t be achieved.  But by the same token, “idealists” challenge us to improve and go beyond our current performance, whereas “practical” approaches are stuck in the current paradigm.   If we could put them together, practical idealism could lead to an innovative approach that is transformational.

This isn’t just hypothetical.  There is a real-life example right now in the sports world of what happens when practical idealism is implemented.  Have you heard of the University of Connecticut (UCONN) women’s basketball team?  Here are a few facts about them: 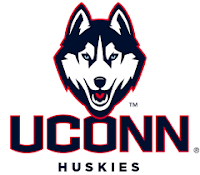 Yet UCONN performs at a level that is far above everyone else.  Why is that? Practical idealism.

UCONN’s coach, Geno Auriemma, sets idealistic goals for the team and each individual.  Their goal as a team is not to be competitive, but rather to be dominant.  And their measure of performance is not only against the other team, it is against their previous performance.  The team is always striving to get even better.  But Auriemma also focuses on personal goals for each of his players.  That is why they have a 100% graduation rate and such high GPAs.  Any coach who lists these yearly goals for his team is an idealist:


What makes UCONN different is that they have established a practical approach for achieving these idealistic goals.  The UCONN women’s basketball team works as hard as any college team in the nation.  Their practices are tough and exhausting.  They work on basic skills and on teamwork.  They are constantly seeking to improve.  Every turnover, every missed shot, every lost rebound from the previous game is scrutinized to understand what happened and prevent that from occurring again.   While the Auriemma shows genuine care and concern for each player, he also challenges and pushes them to be their best.  He refuses to accept complacency or mediocrity from any player in any aspect of her game.
Granted, UCONN is able to recruit from among the best high school women basketball players. But there is lots of talent to go around in women’s college basketball today. UCONN is only able to recruit 12 players for scholarships. They have talented team members, but so do many other programs. And UCONN does not limit their schedule to playing “powder puff” teams. In the final rankings of women’s college basketball for the 2015-2016 season, UCONN was number one and they played six of the remaining nine (beating all of them by double digits).

Early this year, Auriemma quoted Julius Caesar as the team was preparing for a game, “Vini, Vidi, Vici” – we came, we saw, we conquered.  The attributes of dominance that were the hallmark of the Roman Legions 2,000 years ago were used to inspire his team this year.  “We came.”  They will go anywhere and play anybody.  In fact, they try to schedule the best teams in the nation.  “We saw.”  They study their opponents and prepare for them.  Some of the teams are bigger, some are great shooters, some play tenacious defense.   Doesn’t matter.  UCONN negates their strength, often by besting them at their own game.   “We conquered.”  UCONN teams hustle.  They are always working hard.  They dominate many aspect of the game.  And even when the “second string” enters the game – often early in the second half – they continue to dominate.

So what are the lessons of “practical idealism” we can learn from UCONN?
The UCONN story is inspiring.  Oh, and it is also excellent basketball.
Posted by Ray Sheen at 8:25 PM