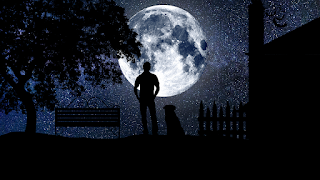 Fifty years ago on July 20, 1969, Apollo 11 astronauts Neil Armstrong and Buzz Aldrin were the first men to land on the moon.  This undertaking was an enormous challenge, requiring technical innovation, countless hours of devoted work, and a big dose of courage.  It was heralded at the time as the dawn of space travel.  We were told that soon everyday people would be traveling to other planets and then the stars.  Well, that hasn’t happened yet, but let’s look at what happened instead.  The transformation based upon space travel did not go exactly as planned. Instead it has gone far beyond what was envisioned.  Let’s consider some of the reasons for the technical and cultural revolution that has ensued.

When President Kennedy made his famous speech in 1961 stating that the USA would put a man on the moon before the end of the decade, there was no clear plan for how to do that.  There were some general ideas, but there were many things yet to be discovered and developed.  However, the focus on putting a man on the moon did bring together three vital enabling elements of the space program’s success.  First, there was a clear goal or mission that galvanized everyone involved into action.  Second, National Aeronautics and Space Administration (NASA) went on a hiring spree to bring in bright, young, technically savvy engineers and scientists (the average age of Apollo 11’s mission control team was 28) who could both envision and design the needed systems.  Third, the integrated circuit technology (computer chip – invented in 1961) received a massive investment which set it on a path of ever-increasing processing capability at an ever-decreasing size and use of power.  This combination of a clear goal, innovative resources, and technological capability came together to give us the moon landing on July 20, 1969.

The USA space program’s innovative journey of discovery has impacted far more than the transportation sector in society.  The program fundamentally transformed society around the world.  This was not part of the original plan.  But the results of the space program opened doors that were beyond most people’s wildest dreams.  Let me just point out two of the innovations that occurred and their impact.

As already mentioned, the development of the integrated circuit, or computer chip, was greatly accelerated by the NASA program.  The result was the creation of an industry and technology that was not even foreseen in science fiction at the time.  Today, virtually every electrical device that is manufactured has a chip in it doing data processing or communication.  When the space program started, computers were based upon vacuum tube technology.  Today, vacuum tubes are only found in museums.  This technical innovation, the computer chip, did not stay confined to its original sphere of development in the space program. Computer use spread and transformed every other aspect of society.

That is the hardware perspective, so now let’s think about software innovation.  When NASA started the space program, the program plan did not include the word “software.”  There was no budget, no resources, and no time allowed in the plan to develop software because software as we now know it did not exist.  Keep in mind this was ten years before Microsoft was started.  The only people who interacted with computers were engineers and scientists.  The idea of a user interface did not exist.  NASA pioneered the development of the principles of software design that were needed to make the integrated circuit computer chip work within the system.  Part of that was the creation of the user interface keypad and screen.  A new technical discipline, software, was born.  It has grown to dominate innovation and 50 years after the start of the space program Marc Andressen wrote an article for the Wall Street Journal, “Why Software is Eating the World.”  Software controls how we interact with technology, and that often includes how our customers interact with us.

As we look at society today, nearly every aspect of our life has been impacted by innovations that can trace their roots back to the NASA space program.  Consider the field of medicine.  Medical imaging technology, mapping the genome, and patient monitoring would be impossible without the innovations from the space program.  Or consider communication.  Smart phones, wireless systems, even the internet, have roots in the space program.  Transportation systems today are orders of magnitude better than the 1950’s in speed and reliability.  We have seen the impact of these transformative systems in industries like retail, agriculture, banking, energy, and entertainment.  And the nature of the changes and improvement are far beyond anything envisioned by the NASA engineers who were trying to put a man on the moon.

So, what does this have to do with digital transformation?  Your business, once it has started on the transformation journey, will likely change in ways that you can’t even envision at this time. Today we can’t imagine doing business without our smart phones, yet the iPhone was first introduced in 2007.  There are millions of apps that have integrated the smartphone into every aspect of our life.  The capabilities of Siri and Alexa are constantly expanding as household systems are integrated with those devices.  Other new technologies, like blockchain, have the potential to change the way business is transacted and to transform culture and society.  Your digital transformation plans may not include these items now, but if they become dominant you will need to adapt.  The point is, you cannot know precisely where your digital transformation will take you.  You may have a goal, but it is just a door to many more possibilities.

Now that may sound scary.  Why invest in something if you can’t predict the result of the investment?  There are two reasons.  The first is that your competitors are investing in digital transformation and when they discover the new business models and opportunities, your business will soon be like the vacuum tube manufacturers of the 1950s.  The second reason is that digital transformation opens up a world of possibilities and opportunities.  The fact that you don’t know all of them at the beginning is not a reason to hold back.  Instead, go forward and select the path that you believe will be best for you, your company, and society.  Digital transformation is an enabler of the future. Go down the path and see what the future reveals.

Let’s go back a moment and look at the elements of the NASA space program that combined to put a man on the moon.  You should strive to ensure your digital transformation has these same elements.  First was the clear goal.  While there are many opportunities that are created by digital transformation, a near-term goal is needed to focus the effort.  This goal should come from senior leadership and be clearly articulated and supported.  The second is to apply the appropriate resources to achieve the goal.  Assign the people in your organization who are expert at what you do and what you want your business to become.  If you don’t have them, hire them and give this team the time and money to do the job right.  Finally, embrace the technologies that are at the heart of digital transformation.  The specific applications will be based upon your industry and your products.  Regardless of the application, you need the core of digital communication, data acquisition from every product and process in your value chain, data processing to turn that data into business intelligence, and the computer processing power do each of those.

So, let’s commemorate the moon landing and the insight, innovation, and courage of all those involved.  Then let’s use the example of the NASA space program to inspire our own digital transformation.  The future may not be exactly what we predict – it’s likely to be far better!